Welcome to The 2022 Integration of Yoga & Psychology FREE interview series.

We are glad you are here!

Interested in why Yoga works through the lens of modern psychological research?

So we have put together a series of conversations  interviewing a variety of psychologists, psychotherapists, and yoga teachers, connecting the dots between yoga & modern science & psychology.

This ONE week free interview series is completely FREE!

Modern Psychology has the research to explain the many benefits we feel as Yoga practitioners.

Yoga is an ancient science & Psychology. Some might say the first form of Psychology. Today, we have many means to test and analyze data through the increase in technology, imagining & peer reviewed research methods.

To understand the why, behind why yoga works, join us for this free series of conversations! In these conversations, we overlay Yoga teaching, and the Yoga Sutras of Patanjali with recent research and methods of modern Psychological science.

Join us for this special free event starting September 19, 2022

Here is how it works…. 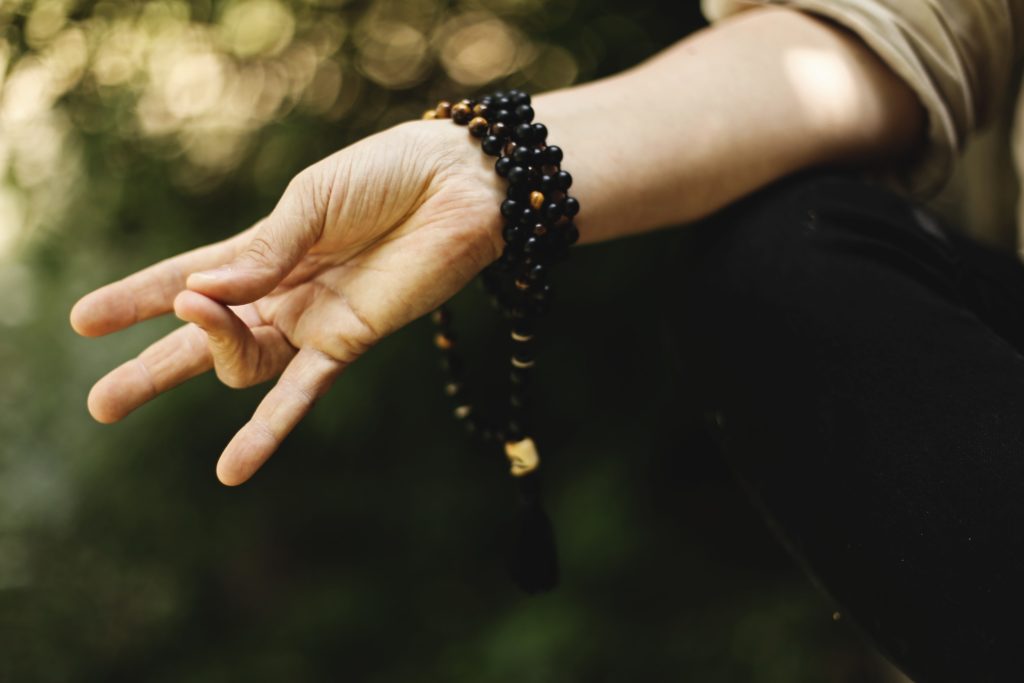 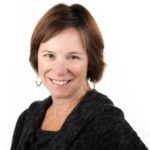 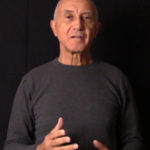 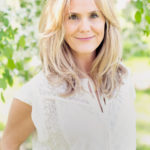 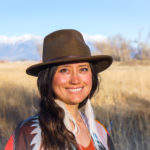 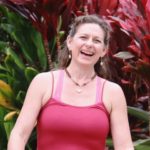 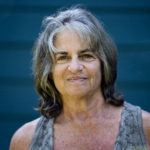 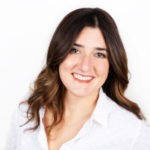 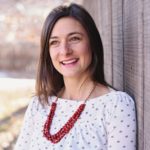 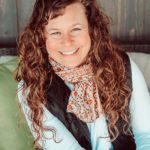 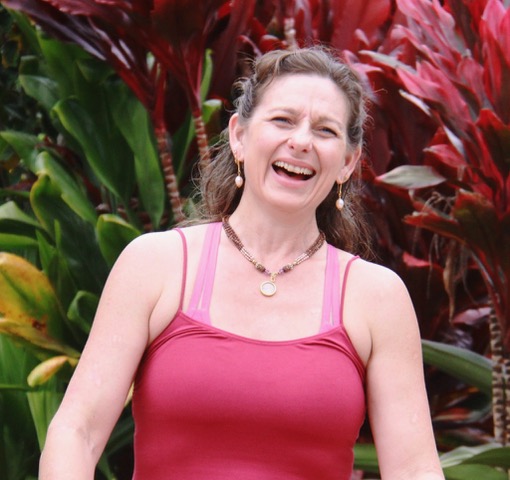 International Yoga teacher and author, Bhavani Maki, attended her first Yoga class at the age of nine, and began her exploration of Patañjali’s Aṣtānga Yoga in 1987. She founded Aṣtānga Yoga Kaua’i and began teaching in 1995, she opened Yoga Hanalei in 1999 and operated it for 20 years before its transfer to her students, and has been training Yoga teachers in 2003. Bhavani has made seven trips to India to study with Sri K. Pattabhi Jois, as well as hosted him twice on her home island of Kaua’i. She received her teacher training and authorization from Aṣtānga Yoga Masters Sri K. Pattabhi Jois of Mysore, South India, and Baba Hari Dass of Hardwar, North India. She studied Saṃṣkrta in Mysore, South India with Professor Narayanachaya, and regards Rama Jyoti Vernon as integral in her understanding of the Patañjali Yoga Sūtra, and the weaving of metaphysical teachings with the practices of Yoga, that she continues to share with her students to this day.

Née Silvia Kazazis, Bhāvani was raised quadrilingual in the milieu of the University of Chicago,  from a multicultural European background, and has traveled extensively from a young age. Bhavani interweaves the insights she has gathered into a holistic exploration of the microcosmic and macrocosmic self. Dedicated to exploring Yoga in its complete expression, her teachings are steeped in the traditions of Patañjali’s classical eight-limbed Yoga, with an emphasis on integrity of alignment and the use of Yoga as therapy.

Often described as a teacher’s teacher, Bhavani offers unique insights into discovering greater joy and freedom. She specializes in addressing the individual’s specific needs to develop a practice appropriate to their challenges, physical injuries, and desire for personal growth and transformation. Bhavani believes that that engaging in all the aspects of Yoga is a means of compressed evolution. that uplifts, connects, and accesses the inner source of joy.

Since 1993, Bhavani has resided on the island of Kaua’i with her husband Ray and son Nikola, on their organic permaculture farm. She offers live and online workshops, intensives, mentorship programs and annual teacher training programs at her studio, Kaua’i Yoga Shala, as well as Yoga workshops on the US mainland and Europe. 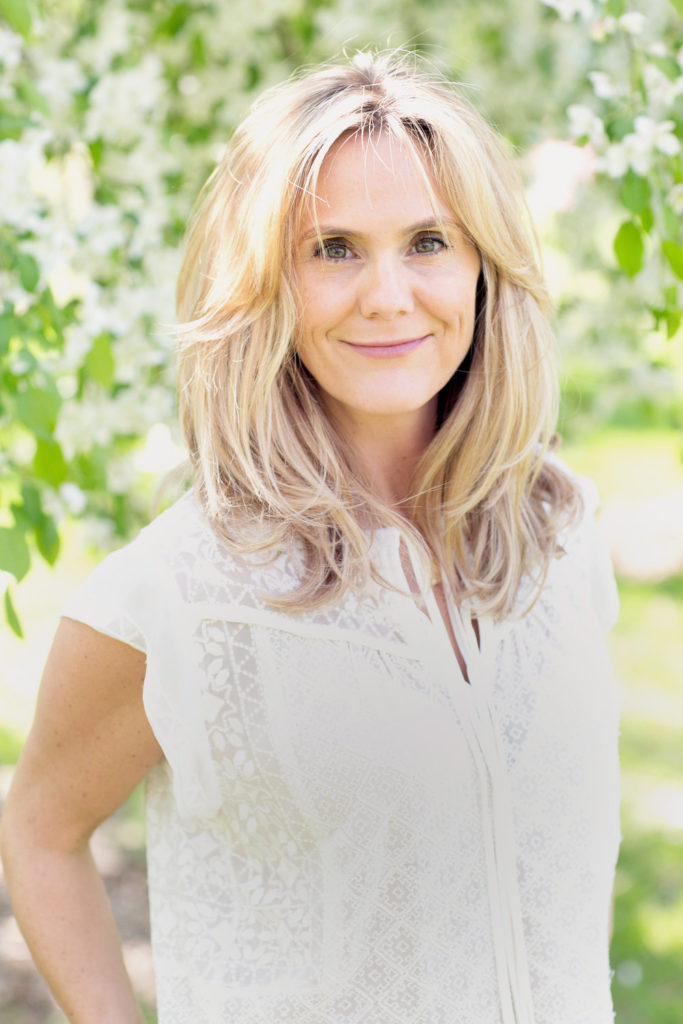 Rachel Allyn, PhD has been a licensed holistic psychologist for 20 years specializing in mind-body medicine, relationships, and intimacy issues. She helps individuals and couples cope with their mood, life transitions, and all types of relationship challenges.

As a certified yoga teacher, Dr. Allyn incorporates the body into her sessions at times and leads therapeutic mind-body workshops and retreats. She recently released a book called, The Pleasure Is All Yours: Reclaim Your Body’s Bliss and Reignite Your Passion for Life. The book is based on the same topic as her 2019 TEDx talk focusing on her method of “bodyfulness,” which integrates mindfulness, movement to release stress and trauma stuck in the body, and reclaiming healing healthy pleasures within a repressed, over-worked culture. Her motto is “Pleasure to the People!” When she’s not spreading this message, you can find her skiing, surfing, or singing karaoke. 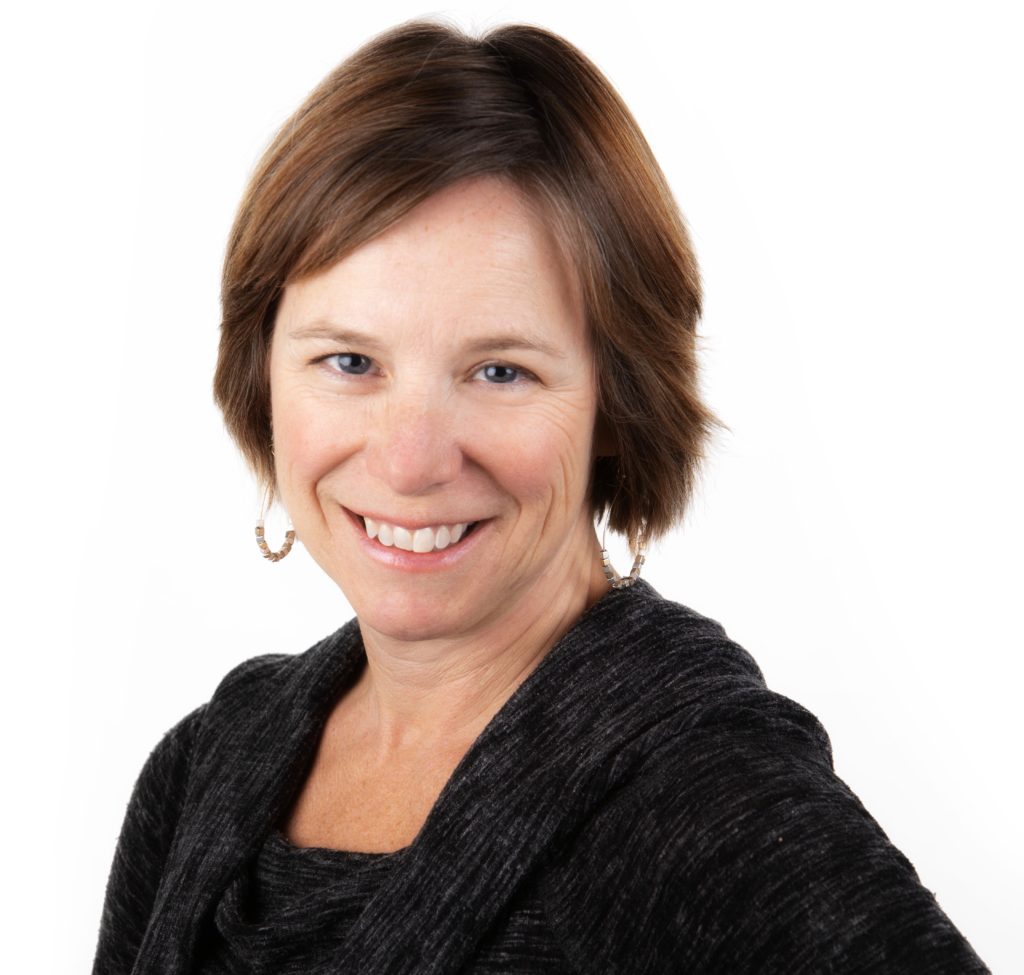 Through her own journey of Self-discovery, Michele has come to realize that yoga is a practice for all life situations.

She believes in yoga’s ability to heal and transform, and that yoga, regardless of one’s ability, is available to all.

Michele has been teaching yoga since 2005, practicing yoga therapy since 2010, and is the founder/director of Inner Peace Yoga Therapy. 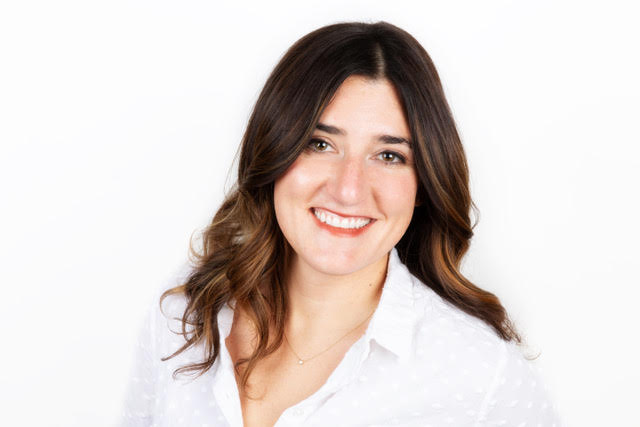 Joanna LaPrade earned her MA and PhD in Jungian and Archetypal Psychology from Pacifica Graduate Institute in Carpinteria, California. She is now the founder of Aion Psychotherapy and a practicing Jungian psychologist in Colorado. Her therapeutic work focuses on helping clients find a meaningful connection to their inner worlds. Joanna is the author of Forged in Darkness: The Many Paths of Personal Transformation, a book that unites self-discovery with mythology, to handle an important dilemma of our times—how to live with the darkness in life. Reminding us that we have more ways of accepting and growing from the deep and dark places within us than we ever thought possible. Joanna is an educator who has taught, lectured, and written extensively on the Jungian and archetypal perspective. For more information about her work, visit www.aionpsychotherapy.com 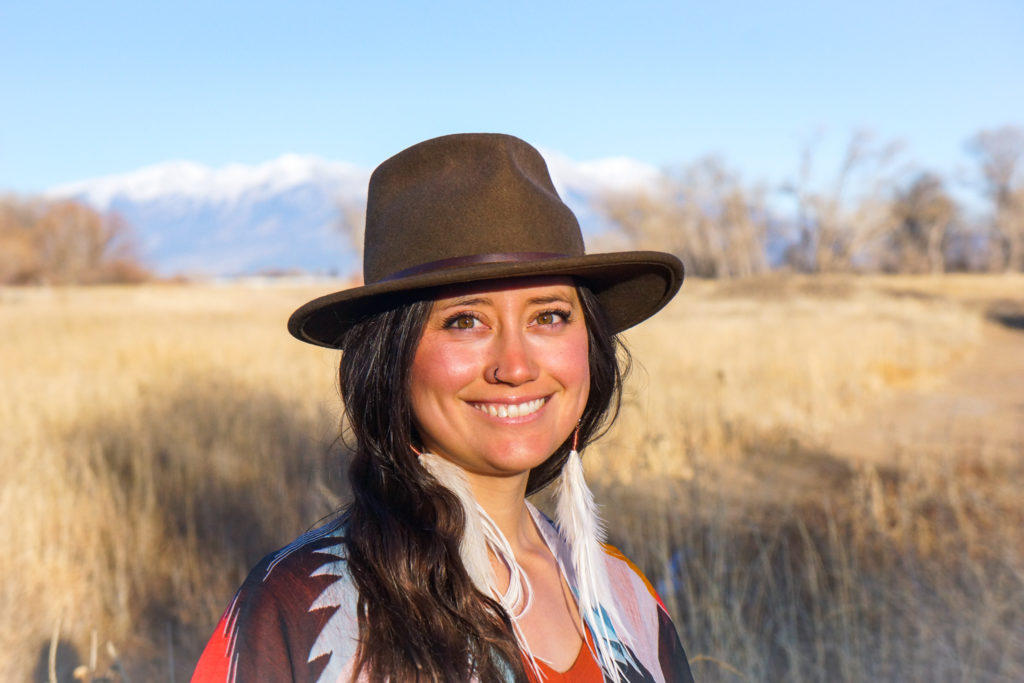 Jessica Chacon is the founder and owner of Sweetgrass Therapeutics, a counseling, wellness & yoga collective in the San Luis Valley. Jessica practices as a trauma-informed psychotherapist offering somatic practices such as AcuDetox, EMDR, TRE, therapeutic yoga, and sound healing to clients. Jessica is certified in Hatha Yoga, Kundalini Yoga and is currently a Yoga Therapist in training with Inner Peace Yoga Therapy. She is passionate about integrating the worlds of yoga and psychology so clients she supports can feel empowered, embodied, and remember their wholeness. Jessica is now co-facilitating EMDR Intensive Retreats where she gets to do exactly this and provides one-on-one experiences to people seeking more support for their path of healing. 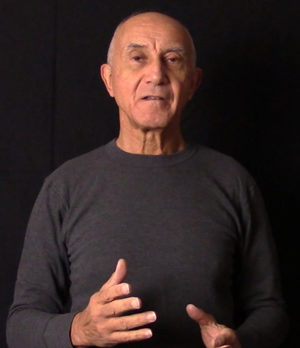 Serge Prengel is a therapist who has been exploring creative approaches to mindfulness in therapy and in everyday life. He invites you to join his explorations at ActivePause.com

Serge Prengel, LMHC, is a graduate of France’s Sorbonne University and HEC Business School. He is certified in Focusing, in Core Energetics and in Somatic Experiencing. His work also draws from Systems-Centered theory. He is a co-founder of the Integrative Focusing Therapy training program. 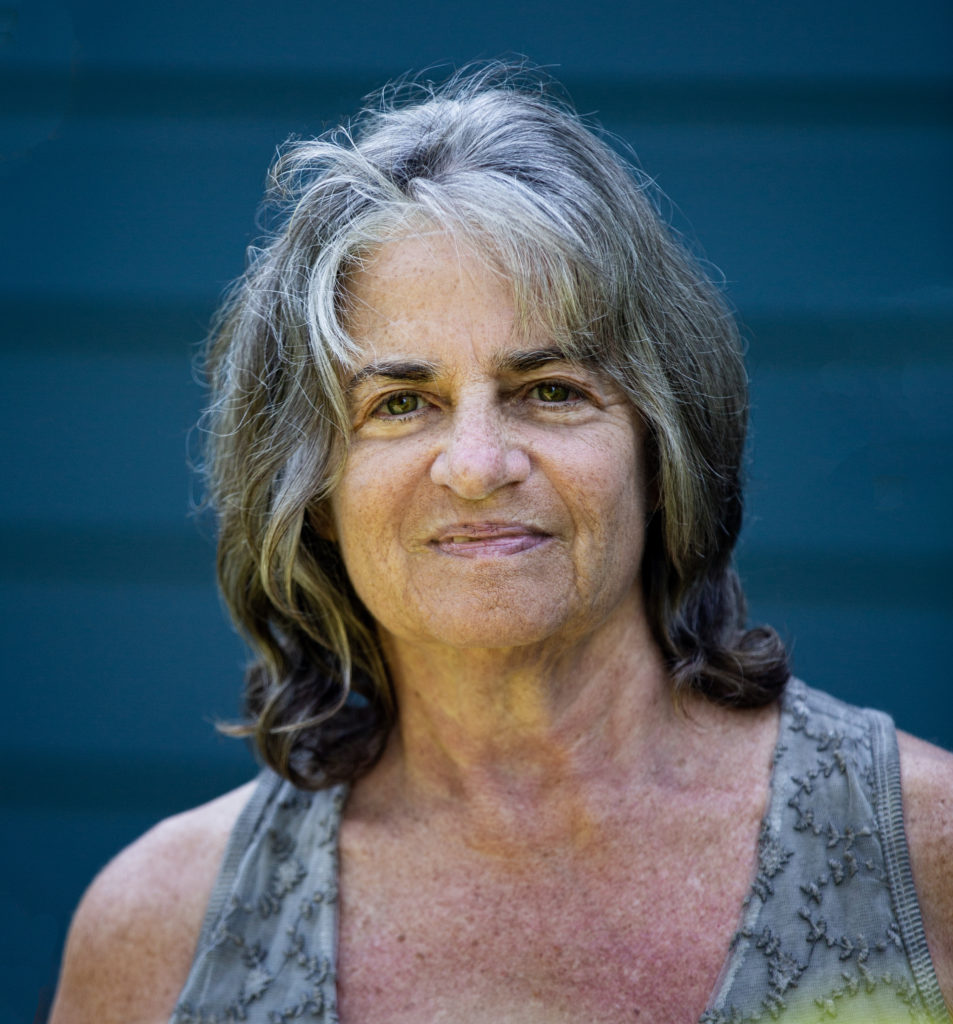 Joann Lutz, the developer of “Nervous-System Informed, Trauma-Sensitive Yoga” (NITYA), has been training mental health professionals internationally for 10 years, as well as offering a certification program in this approach. She is the author of the book, Trauma Healing in the Yoga Zone, (Handspring, 2021); a research paper, Classical Yoga Postures as Psychotherapeutic Interventions for Autonomic Nervous System Regulation, (Cambridge Scholars Press), and a CE Course, Bringing Yoga into Social Work Practice,  (NASWMA). She has offered workshops at the United States Association of Body Psychotherapy International Conference, the International Psychosynthesis Conference, and online, for Somatic Experiencing International. She has  taught for the Sivananda Yoga Vedanta Centers; the Integral Yoga Institutes; the University of South Florida, and many other venues, and is a trainer for PESI, Inc. She was the initiator and co-chair of the 2016 and 2017 national conferences, “Integrating Yoga into Mental Health Care,” (USA), and continues to teach trauma-sensitive yoga classes to special populations. She completed Level One of the Somatic Experiencing training and the 40-hour training in Trauma-Sensitive Yoga at The Trauma Center in Brookline, Ma. She is certified in Ayurvedic Yoga Therapy through the Sivananda Yoga Vedanta Centers; in EMDR and Psychosynthesis, and is a Certified Integral Yoga teacher.

She has over 25 years of experience working in the fitness and wellness industry and over a decade working in traditional mental health clinics, integrated care environments, and building a successful private psychology practice.

Dr. Stacy’s research interests include how the endocrine system, heart rate variability, ATP, musculature, skeletal system, and the microbiome are impacted by both psychological stress and physical exercise and how physical activity may work to address both mental and physical symptoms for comprehensive health.

Many who suffer from psychological stressors also suffer from coexisting health disorders like obesity, high blood pressure and diabetes management. She seeks to find non-medical answers to treat this co-morbidities. 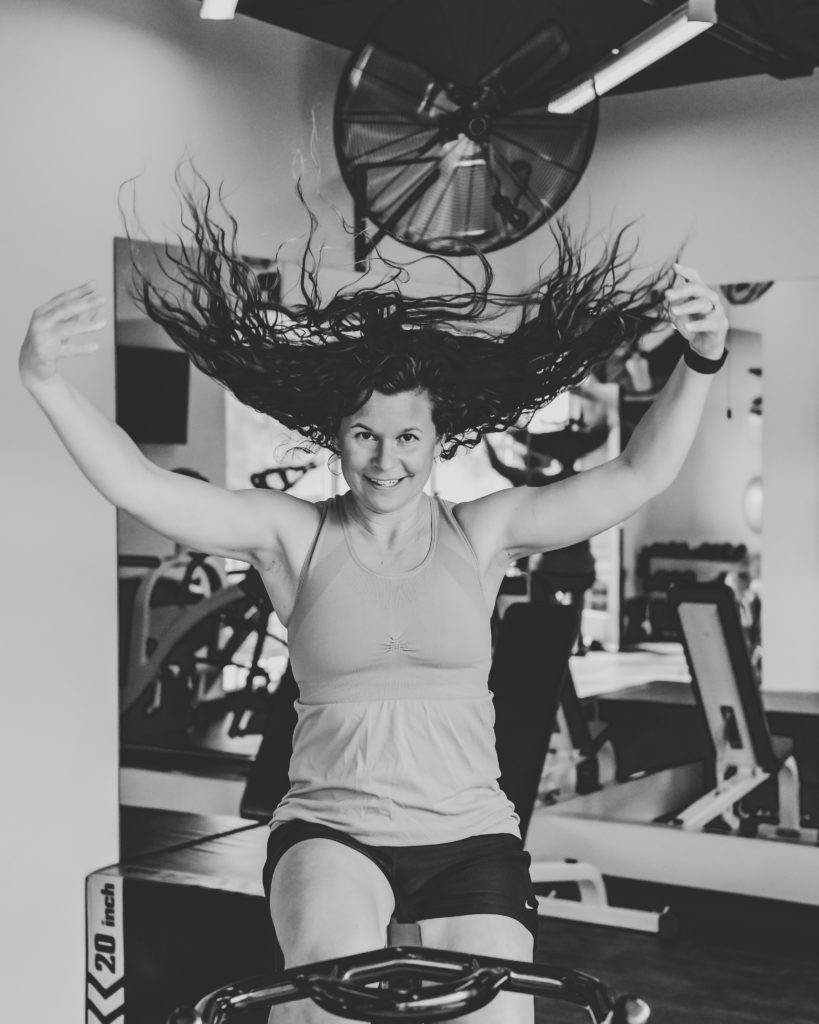 Sarah Klein, owner of Whole Health Lab, is a health/nutrition coach and a certified Yoga instructor. Her educational background is in Health Psychology, Human Development, Nutrition, Hormone Health and she has extensively studied Yoga.

Sarah leads yoga and wellness retreats, runs online nutrition programs and Yoga teacher training programs. Sarah’s mission is to spread health, happiness and yoga. You will recognize her passion for this mission the moment you meet her.

“I am passionate about helping others realize and live up to their fullest potential. Using food, movement and lifestyle we build a solid foundation for personal growth. The right food and exercise supports mental, emotional, and physical well-being. When personal health is in balance, we can focus on the things in life that really matter: relationships, careers, education, family and overall happiness. I am committed to assist people in feeling their best. Health is the vehicle that allows us to meet our deeper dreams, creating a fulfilling life of purpose.  I believe health is a balance between the quality of your fuel and the direction you are driving.” 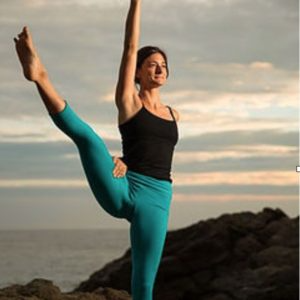